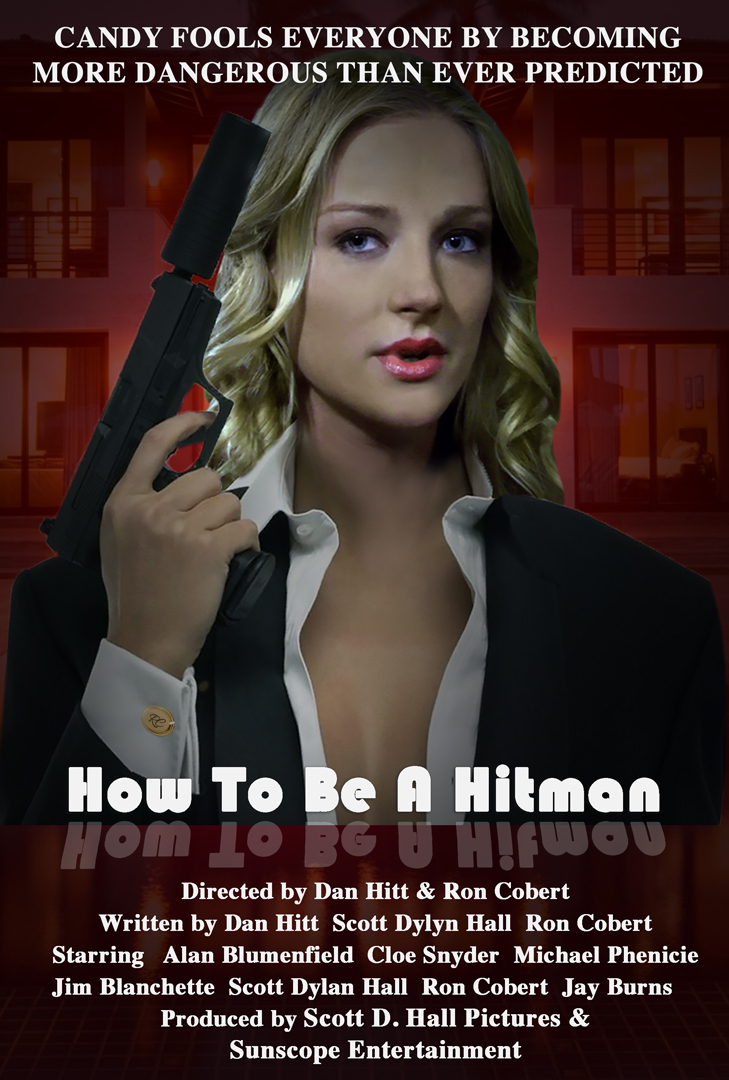 How To Be A Hitman

Straight out of Chicago, Jimmy Falcone, known as Big Jimmy, retires in Phoenix with a small crew to lay low due to his worsening Alzheimer’s disease.  Meanwhile, Big Jimmy’s son, Little Jimmy, a name Little Jimmy hates, is trying to keep his family in power without a lot of success, especially after Candy, a beautiful wanna hitman, has a confrontation with him that fuels Little Jimmy to order a hit out on her. The problem, the cleaner is the new guy who doesn’t have a clue, Gary the Doorman. In the chase, Candy meets a nerdy dentist named Holden, who she manipulates him into confronting Big Jimmy to plead her case. All the while, Little Jimmy’s right hand man, Chilly Willy, is working with the FBI now with hours of recorded conversations. Little Jimmy becomes suspicious after a deal with a Mexican gang that goes bad. In the end, Candy fools everyone by becoming more dangerous than ever predicted.