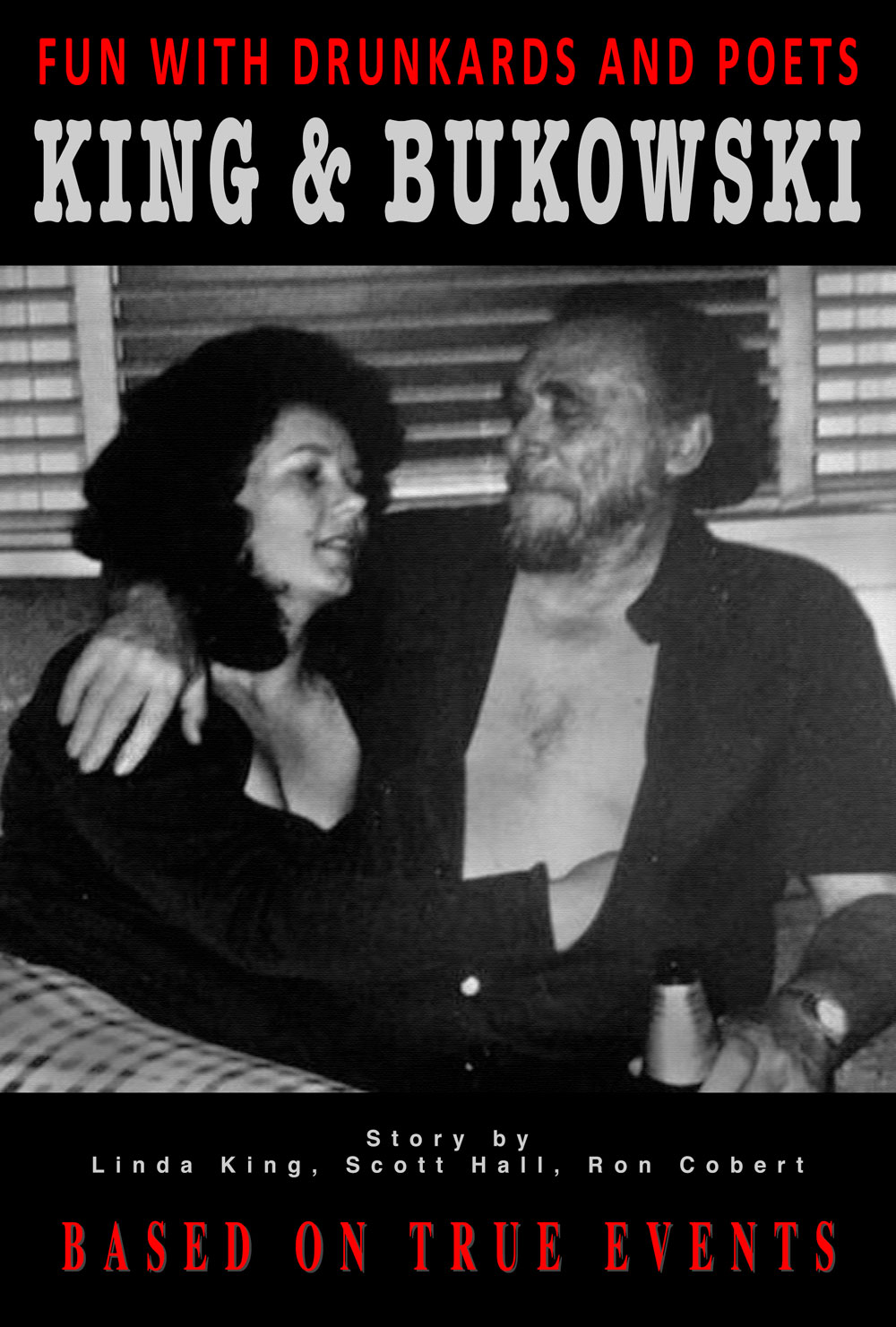 Running from a small town, Boulder, Utah, Linda King moves to Hollywood to become an actress. She marries the next-door neighbor and has children, though it all unravels with an obsession for the Ouija Board. Linda is committed to an institution, but her shotgun-toting father saves her, and Linda escapes and divorces. Expanding her artistic expression, Linda joins the infamous Hollywood poet community. She falls in love with the brilliant poet Charles Bukowski, twenty years her senior, and then she escapes the Buk, as the new Linda, a liberated woman who knows what she wants. 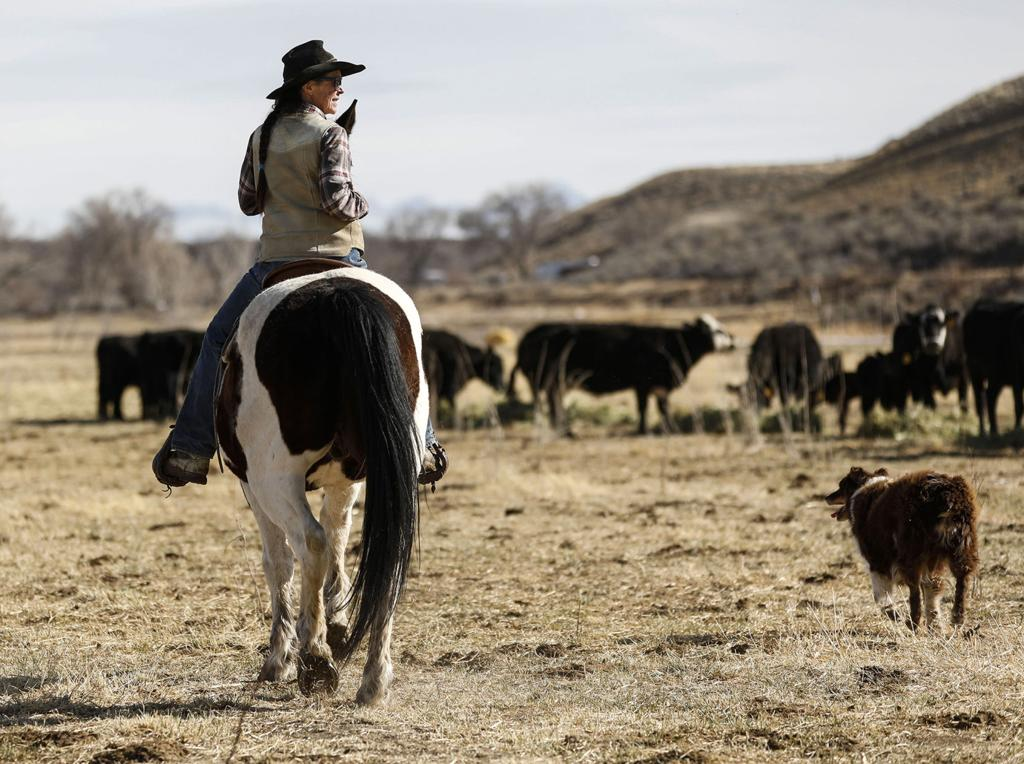 Linda King came from the Utah range brought up as a Mormon horse riding cowhand daughter of a hard-drinking father and a subservient mother, with five sisters born within eight years. So they were each other’s best friends. They leaned on the other. What young ladies can ride 200-1000 head of cow to greener pastures through the rough red rock gorges to the mountain mesa and then back down and go dancing in town that same night? The Kings were a product of a tight hard-working family, and the girls were the hottest available young ladies in Boulder. They were free to do as they pleased with miles of nature in either direction. 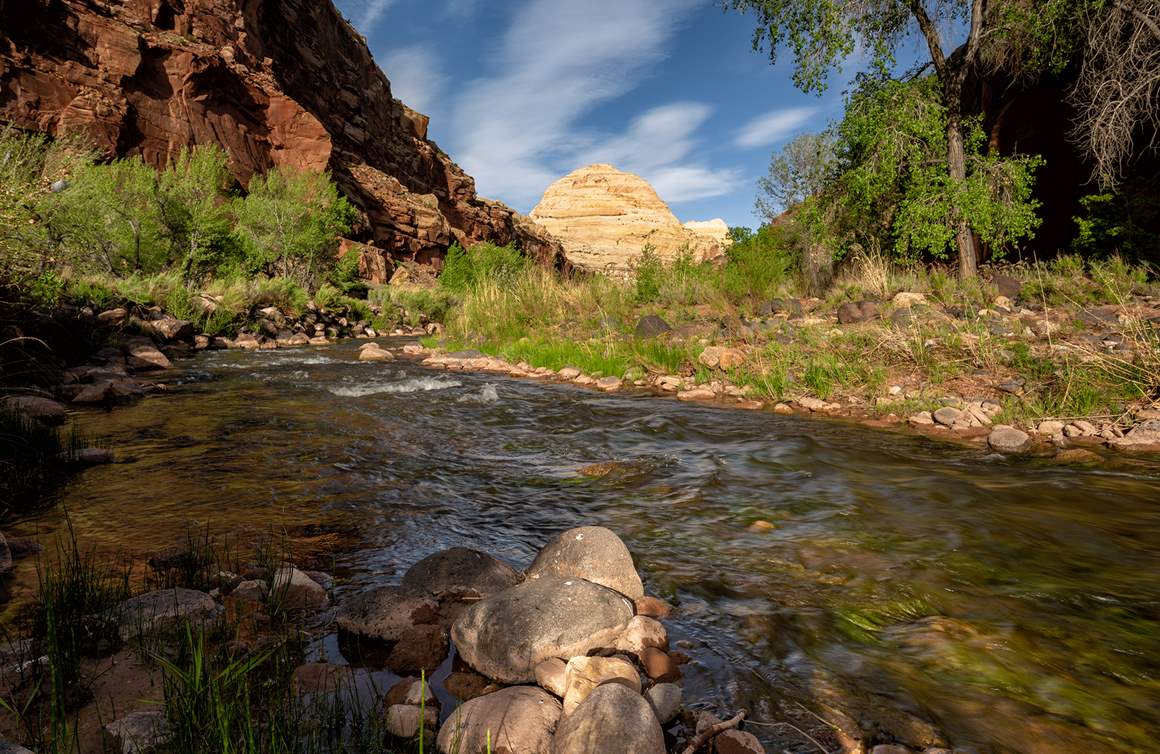 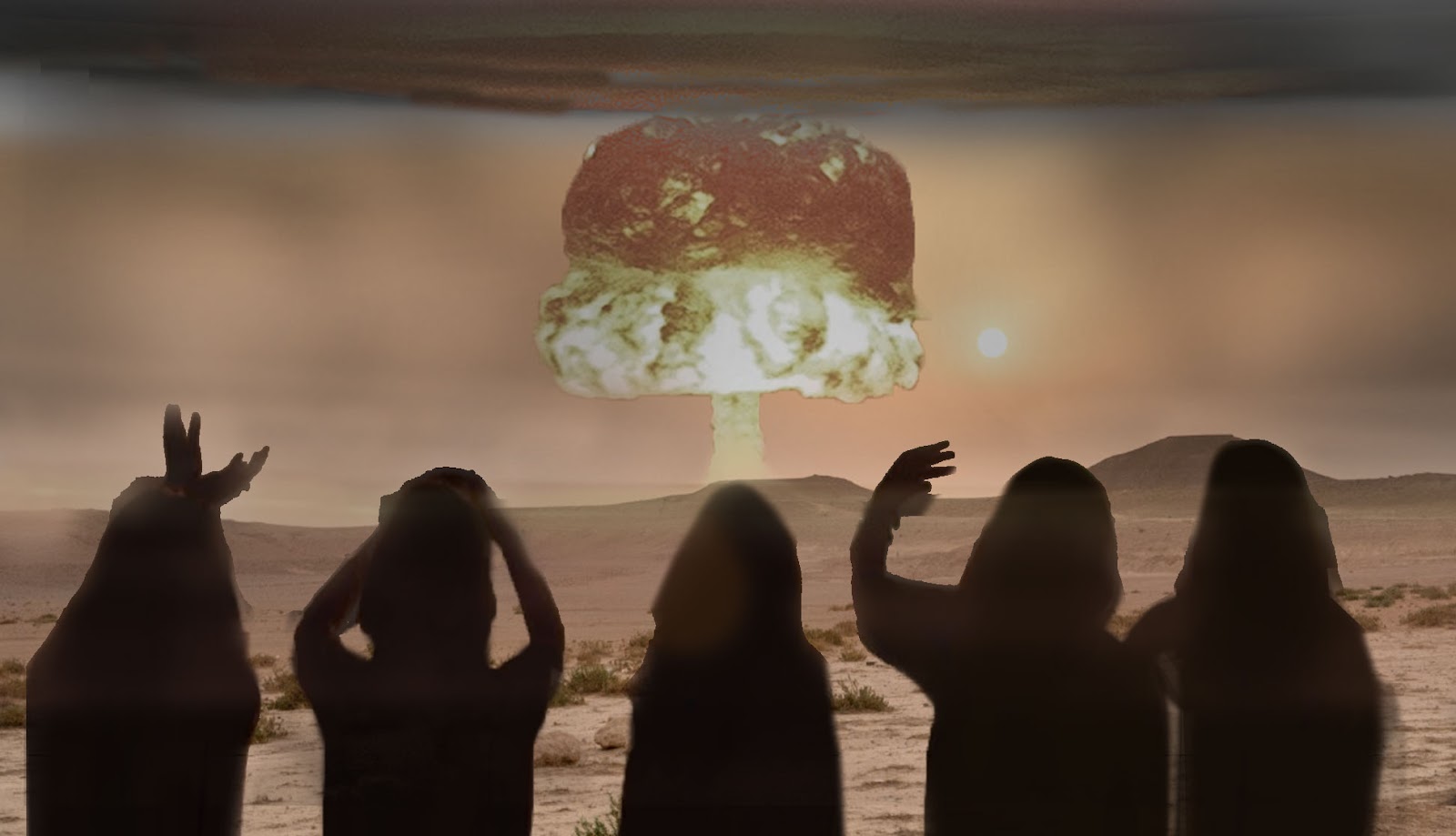 They were Downwinders, defined mainly as the population that contracted cancer from the atom bomb blasts testing in Nevada just over the border at that time. Radioactive contamination and nuclear fallout are a way of life, and leukemia, lymphoma, thyroid cancer, breast cancer, melanoma, bone cancer, brain tumors, and gastrointestinal tract cancers were normal. So, when an atom bomb was on the schedule, it was not uncommon to be let out of school to run to the ridge to the top of Sandrock Ledge to watch the mushroom cloud billowing from 100s of miles away in Nevada, Utah’s largest tourist attraction aside from nature, the mushroom clouds. The most fantastic Nevada sunset ever. And then, there was dancing, festivals, and cookouts. Boulder echoes with music on Friday and Saturday. 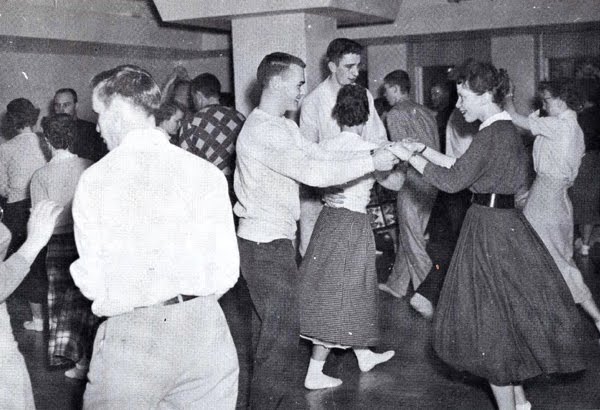 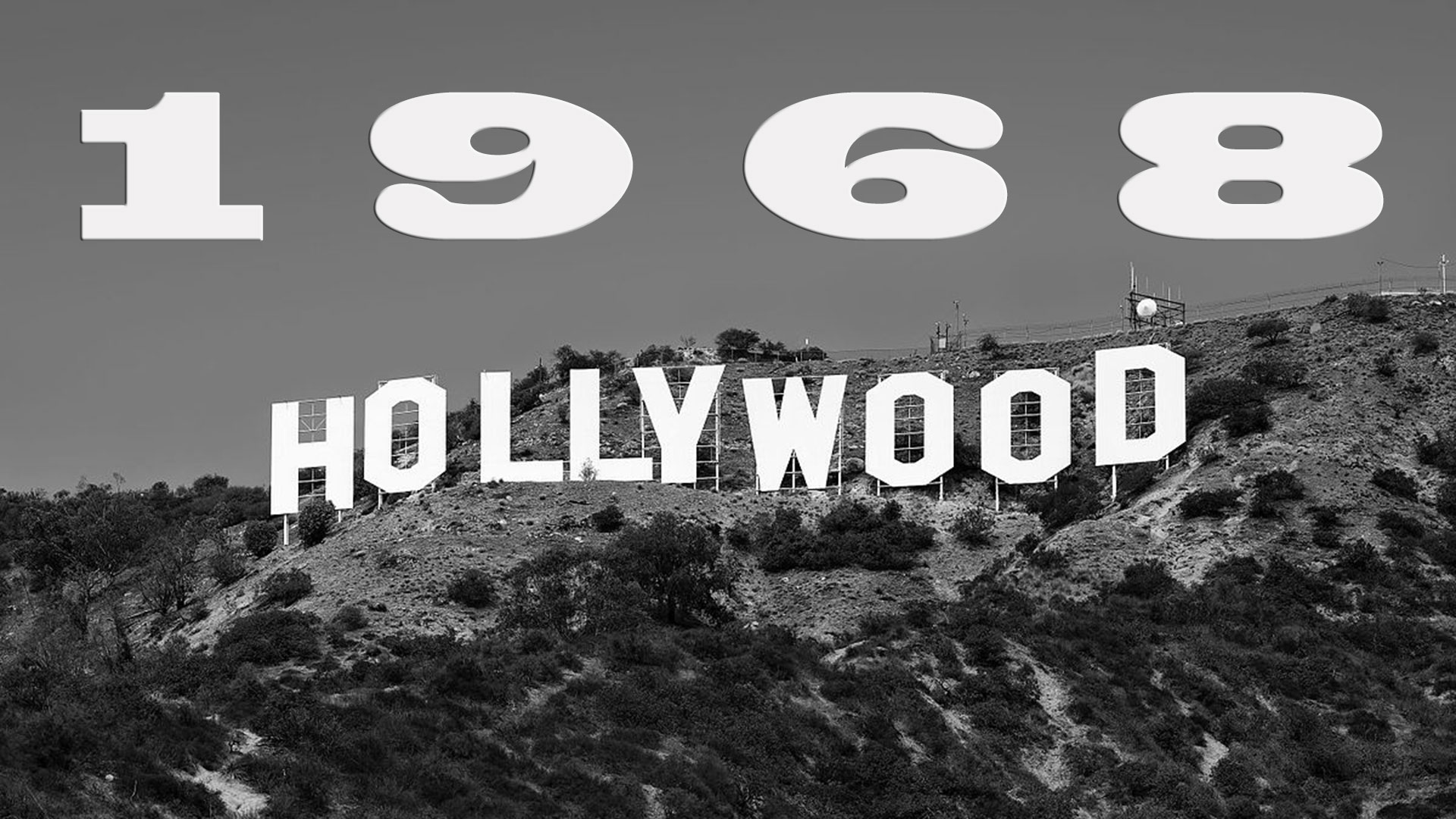 When Linda’s older sister moved to California, Linda was the first on the bus, joining her at 16. She was determined to become a Hollywood actress, to join the Actor’s Studio West, where Jimmy Dean, Marlon Bando, Marilyn Monroe, and other famous actors and actresses had gone. Nothing was stopping her. Yet, she had one snag. She fell in love with the handsome Carlo, who she married on the spot.    She soon had two kids with him. He was a peculiar guy, a veteran with issues that unfolded as they got to know one another and a Catholic particularly fond of his religion, unlike how Linda felt about her Mormon upbringing. He didn’t have an artist bone in his body, and he hated her “acting” pursuit. She became unhappy and bored by the day, in a loveless marriage with forced sex and no romance, very mechanical and uneventful. Nothing seemed right about it. 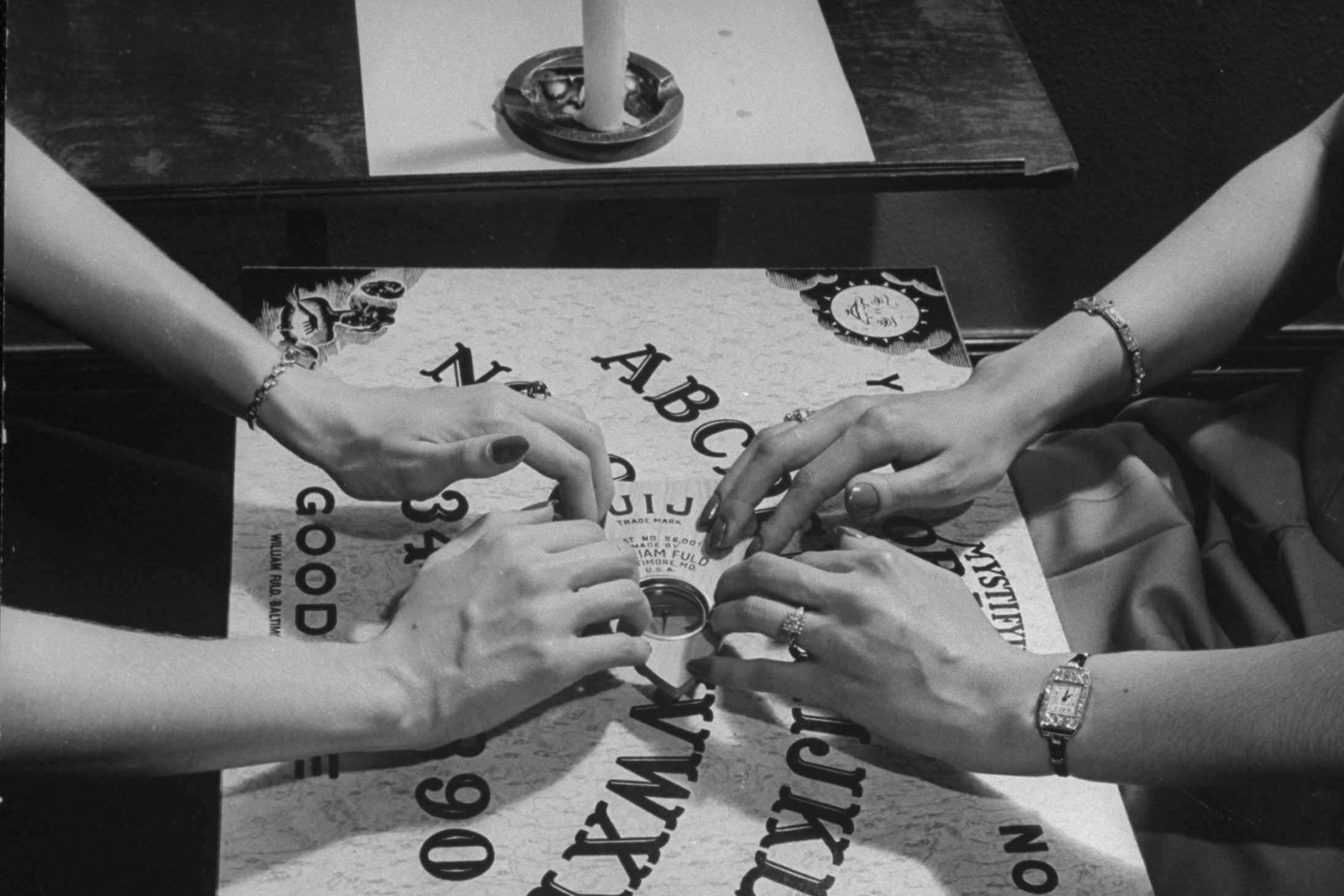 Passing a trinket shop in Hollywood one day, Linda picked up an Ouija Board. At that time, it was the craze. Spiritualism and communicating with the dead was a fad. It was selling more than Monopoly. Everyone was playing, but it caused some havoc. People became obsessed. Linda became obsessed. Fearful of her father’s lung issues, she only exacerbated her fears when the board told her, YOUR FATHER WILL DIE.  Linda relayed the message to her husband and pushed to spend time with her father. She came and went many times. While she was away, she decided that she wasn’t in love with Carlo anymore. The Ouija consumed her. More and more until her sisters and all around her convinced her she needed to see a professional diagnosed as a depressed hysterical woman addicted to the Ouija Board. Linda was hospitalized, drugged, and she received electroconvulsive therapy, and Linda was now officially trapped in an insane asylum. The doctors wouldn’t let her out, even at the request of her husband and family members who put her in. That’s when her father came threatening with a shotgun in hand, screaming, “You better let her go, or I am going to plaster your fancy talking heads all over that white wall.” Linda got out. 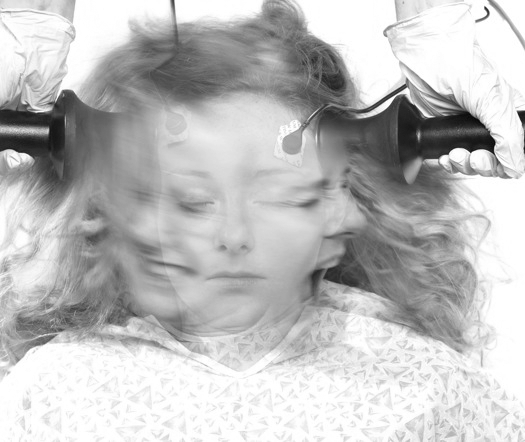 Linda finally got some clarity about Carlo, and she divorced him. This newfound freedom gave her the energy to seek out the art community she longed for, where she belonged. The 70s women’s movement and the freedom to express gave Linda her voice again to sculpt and write, and her inspiration quest brought her to gravitate to the Hollywood poet voices of that day. Specifically, she found a local poet hole-in-the-wall, The Bridge, listening to peer poets and mingling with the most significant poets visiting the establishment. Linda finally knew her path, to become a published poet, novelist, and a sculptress of great poets. Being one of the few women, gorgeous and outspoken, she is fearless, especially on stage, viral, and liberated, surrounded by the masters of poetry. 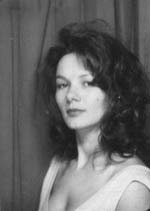 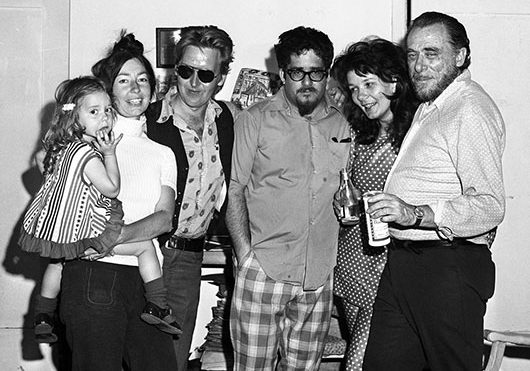 Linda knows it is the moment to shine, 30 years old, with a face, body, and engaging communication that won’t quit. Most of the poets were gay she hung with, except Charles Bukowski, a prolific underground writer who used his poetry and prose to depict the depravity of urban life. His experience, emotion, imagination, and use of plain language, with violent and sexual imagery, attracted a large audience, including women of all sorts, including Linda King. He wallowed in a persona that characterized him as drunk with a cigarette in his hand, a hard-ass-drinking mess of a kind, with a charm, consistently hard working. Every week he submitted to magazines. He was always outputting material, always writing, always reading to an audience. Linda first didn’t see any physical attraction to him, but his character made it difficult to turn him down. Bukowski had a way with women. His poetry and monotone voice honed them in, and his appreciation-charm superpower made them want to talk to him, like metal fragments to a magnet. Linda sees that face, and immediately she wants to sculpt him. So, she put herself in the crosshairs, and the unlikely duo became a couple sharing a turbulent existence. Bukowski’s love for women is never monogamous, but his passion for female company drives his default.

After a late night of drinking and writing, he would get up early and correct it all. His work ethic was what made him attractive as well. Linda worked well with him in the next room. She witnesses some of his best work. He was always outputting material, always creating. His prolific output took him all over the country and paid him to read his published work abroad. Linda went with him. She was his companion, lover, and friend. He liked his quiet time to concentrate, so they did well together in those moments. Then again, Bukowski’s hunger for women was all about testing the limits. When he was writing Women, Bukowski would pull in a girl, have sex, and Linda was right back at him, matching him, a fuck for a fuck with some strange. It all got toxic, a violent relationship, verbally and physically, but they were in love. Linda buys a home, and he moves in. They become each other’s muse, both writing about each other. Lydia Vance became the character Bukowski defines her as. Though they inspire each other, then jealousy, control, and an all-out alcohol ricochet. They fight, break up, and come back together, break up and return.

Linda buys a home. Buk follows just as Taylor Hackford starts to film one of his first masterpieces, Bukowski. This 1973 documentary film produced by Taylor Hackford and directed by Richard Davies follows the German-born Los Angeles poet Charles Bukowski to San Francisco for a poetry reading. From Linda and Buk’s interview on their house couch to them flying to San Francisco for the poetry reading. They fight while they are there, and Linda leaves early for Los Angeles. Linda begins to become more social, having parties and readings at her newly decorated house. She sculpts Lawrence Ferlinghetti, Gerald Locklin, Jack Michelin, Geraldine King, Harold Norse, David Meltzer, Neeli Cherkovski, Robinson Jeffers, Jack Hirschman, and A.D. Winans. The house was full of the most exciting artist of that time, actors, poets, musicians, and others. Everything was going well until Buk disrespected Linda for the last time. She plans her escape. Unfortunately, she knows the only way is to sell her home, so she does. 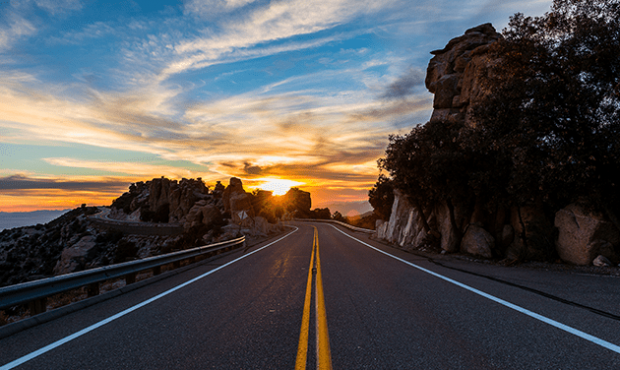 Next stop, heading east on Highway 10 to Phoenix. There, Linda settles with a cowboy to have another child and buy a saloon gallery. Linda’s sculpted busts and other community Artists are displayed while everyone, drinks, play pool, dart, and listen to live music. Phoenix, she loves.

Soon, my producing partner, Scott, was born. Below is myself, Scott, and his mother. 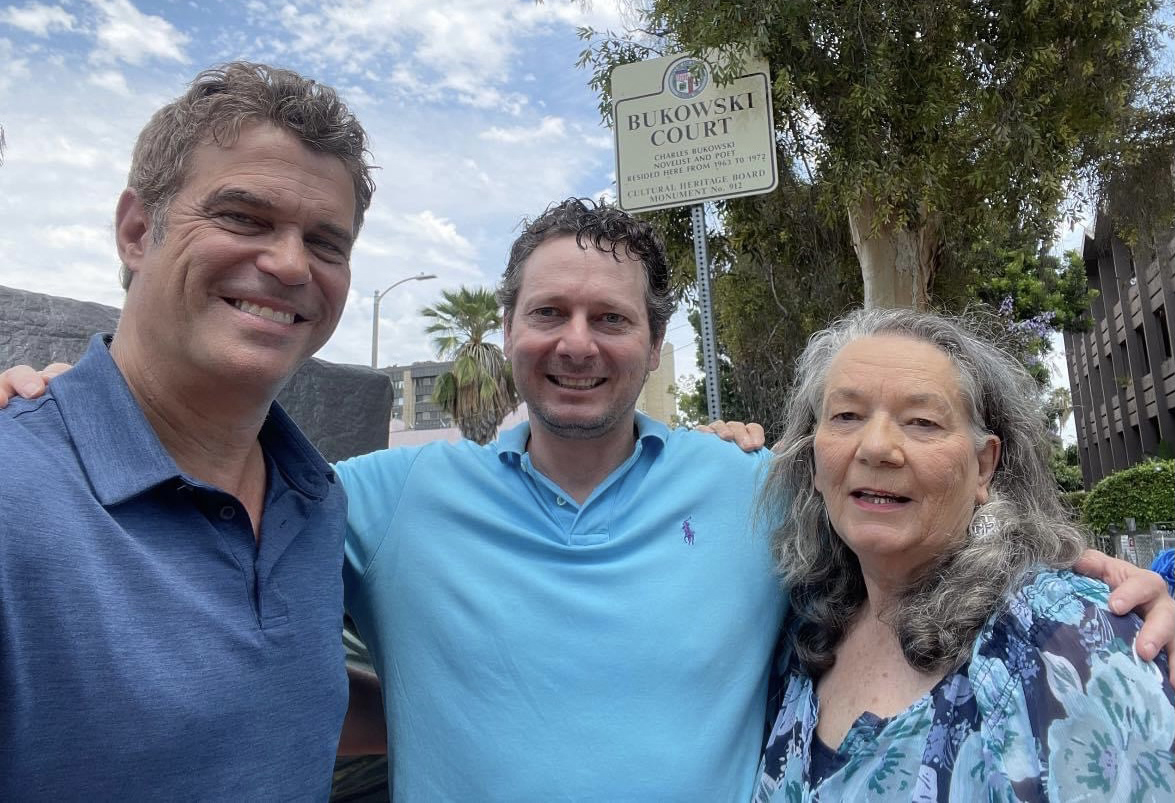