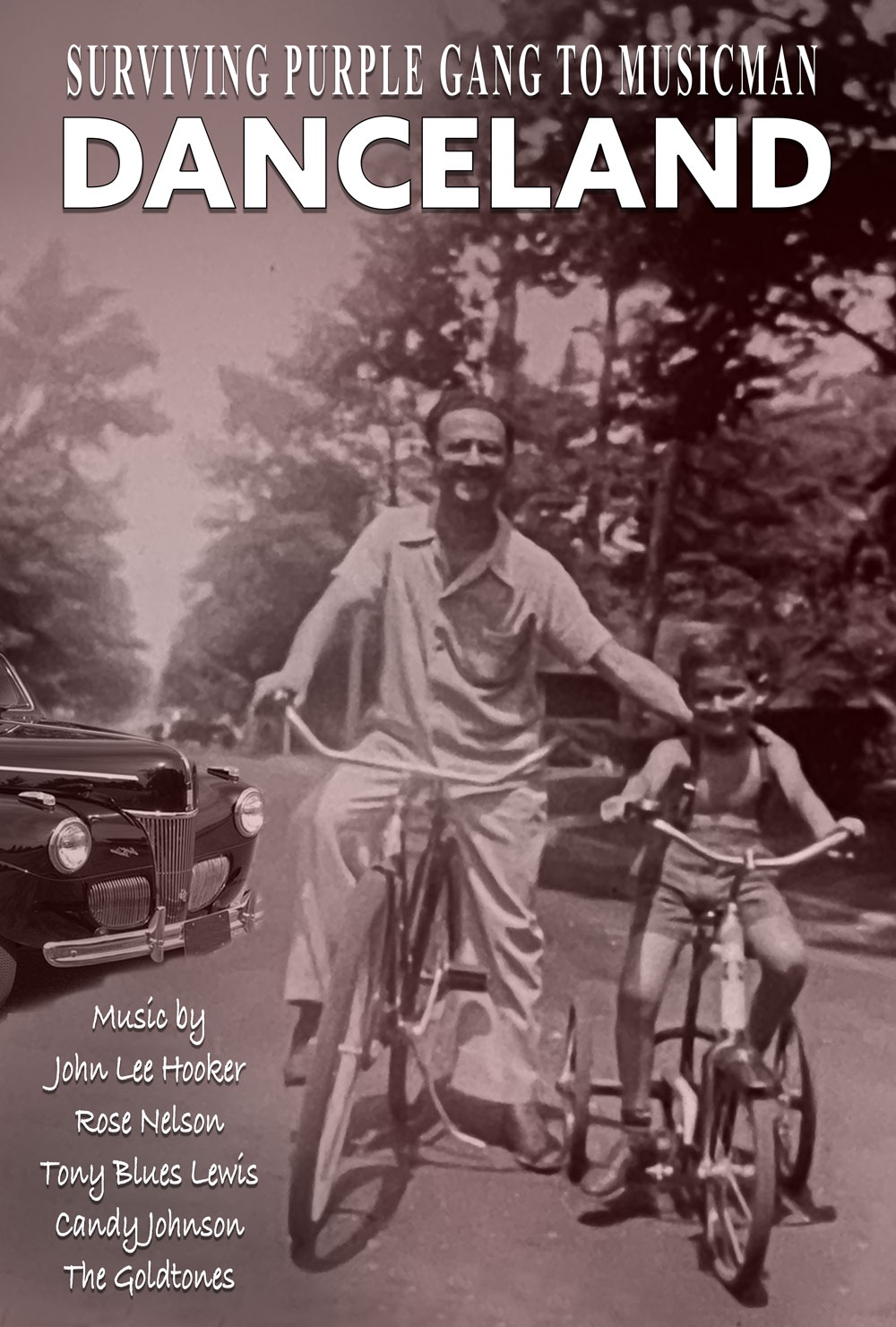 In the 1970s, in Los Angeles, Moshe Kaplan reveals to his son, Sammy, that he has a collection of music he’d like to gift him, something his father recorded in Detroit from 1948 to 1951 under Danceland Records. From that point, his father opens up about truths he had never heard from his father’s lips, his early years as one of the Bernstein brothers’ Purple Gang wheelmen, and how he became a music man. Next, we follow Sammy’s narrative about his family and the music industry from the 1920s to the 1970s.

“My father wasn’t a gangster in the end. He loved music and had a dream to record all the great talent to share it to the world.” 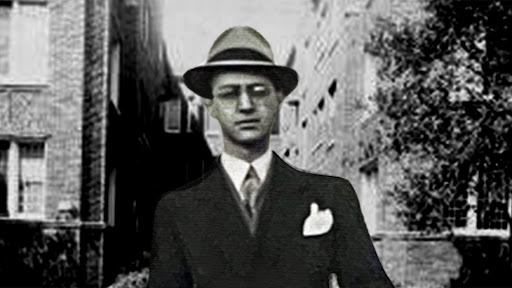 Before Lovelane Music Group and Danceland Records, Sammy’s father, Morris Kaplan, was a gangster with the Purple Gang. He ran with the kid gangsters who started the gang, but not until he butted heads with them. He was 15. The day came out of necessity because they needed an insulin shot for their diabetic mother and had no money. So he and his brother, Izi, broke into a pharmacy but got caught. It was one of the Purple Gang’s protected businesses.

To this day, Sammy insists, “My father wasn’t a gangster in the end. He loved music and had a dream to record all the great talent to share it to the world. Did he work for the Purple Gang. Yeah, he was their go to for a wheelman, and he carried a gun. He was a tough guy, my dad, and I loved him. Ha, ‘Call Moshe,’ the surviving old guys used to say. When they needed a driver, Moshe was who they would call.” 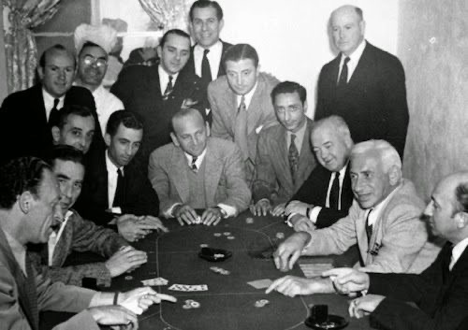 Before Danceland Records, Sammy’s father, Morris Kaplan, was a gangster with the Purple Gang. He ran with the kid gangsters who started the gang, but not until he butted heads with them. He was 15. The day came out of necessity because they needed an insulin shot for their diabetic mother and had no money. So he and his brother, Izi, broke into a pharmacy but got caught. It was one of the Purple Gang’s protected businesses.

The Bernsteins cut them a break, but the boys had to work it off because they were not much older than them, lived in the same community, and went to the same high school, Bishop. So the Bernsteins saw Izi and Moshe as potentially valuable recruits. By the time Moshe was 18, he had become deeply embedded in the gang running whiskey as a wheelman.

A GREAT PARTNERSHIP WITH AL CAPONE 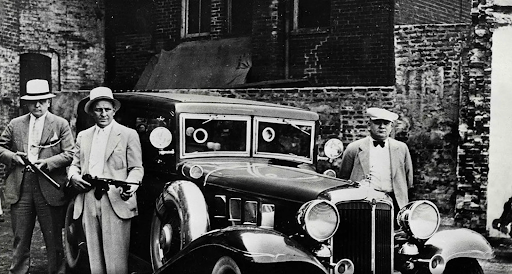 Detroit played an essential role in bootlegging during prohibition because of its proximity to Canada. In addition, the Purples had a business partnership with Al Capone and his Chicago Outfit for several years, supplying the organization with Canadian whisky. As a result, the Purples controlled Detroit’s underworld, gambling, horse races, other sporting events, liquor sales, and the drug trade, netting millions of dollars, and 25,000 illegal speakeasies, generating more than $300 million per year, or $4 billion in today’s economy. 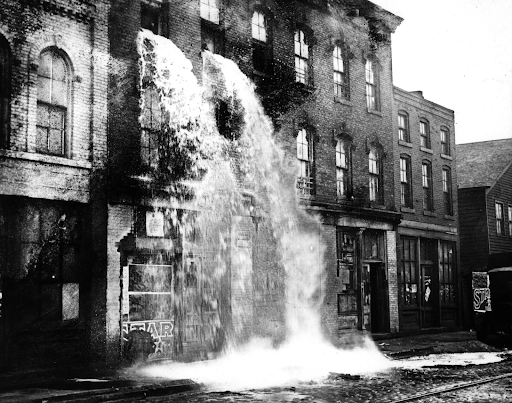 Running numbers and booze, Moshe was 24 and doing well working with the Black Mob clubs and embedded in the Purple Gang. His racket was still violent but safer and more innovative, and he discovered the hurricane of black performers on stage in the very same clubs he frequented. With an ear for music, Moshe found himself befriending the talent who played. Being the only white man in the club coming collecting, he was a fearless fan everyone respected. Sammy recalls being brought to the club, witnessing his father collecting money, and discovering the stage performance. Wide-eyed, Sammy’s love for music began.

The Purple Gang has a great partnership with Al Capone, but once Capone was convicted of income tax evasion in 1931, Paul Ricca and Tony Accardo took power, and everything changed. First, the FBI and Chicago came at them when their Purple Navy partners wanted to split. Killings were on the rise. Some 30 gangsters went down either by death or imprisonment. Then, on December 5, 1933, President Franklin D. Roosevelt announced that the 21st Amendment repealed the 18th Amendment of January 16, 1919, ending the increasingly unpopular nationwide prohibition of alcohol. 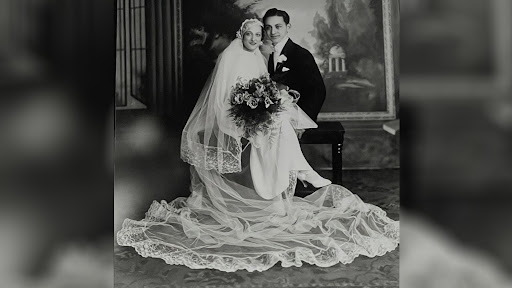 Moshe saw the writing on the wall and laid low, just running numbers in Hansen Street and Paradise Valley clubs. It was great foresight because Michigan was the first state to ratify. That’s when he met Betty, a sure-wife-type from Russia, quiet, and she never questioned his business or late nights. They married n 1934 in a much better area than where Moshe grew up. Then, a few years later, in March of 1936, Samuel Stuart Kaplan was born to his friends and father, soon to be named Sammy. Moshe and his family were living the dream. Brady Elementary was where Sammy went to school. Sammy recalls being brought to the club, witnessing his father collecting money, and discovering the stage performance. Wide-eyed, Sammy’s love for music began.

A friend of Abraham Burnstein, the goofy big guy with a twitch, said, “Did you hear? Moshe bought a wire sound box. It records on a wire.” 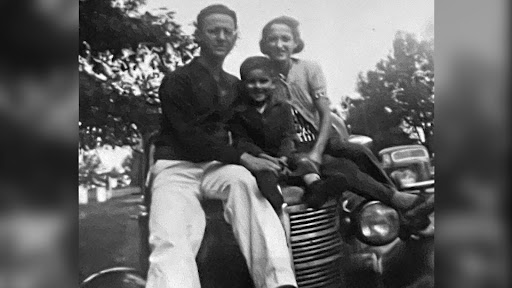 The family was flush, with the best clothes, vacations in South Haven, a lovely house in the city, the best cars, and plenty of extra cash in the floorboard. Sammy went to an outstanding school in Brady Elementary, but he remembers being treated differently from the other kids, respected because of his father. It was all about the cars and music, and Moshe wasn’t shy about voicing his opinion; sometimes, it turned into a high-speed chase. Sammy remembers the foot was always on the pedal and his father screaming at someone in that classic gangster sedan, with Sammy laughing all the way, rolling around the back seat at super speeds in that 1938 Chevrolet Master Deluxe Sedan on the streets of Detroit. 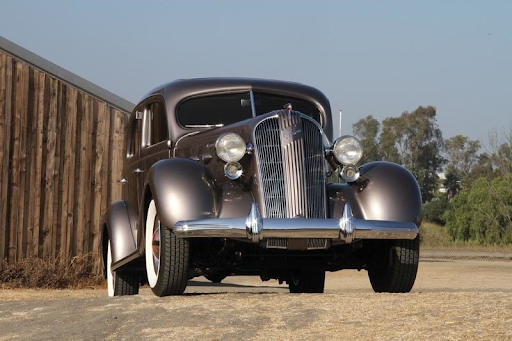 Sammy’s father knew about cars. He would boast to his gang friends how to make them faster and more resilient against attack equipped with 3/4 inch bullet-proof glass, the metal flap in the back window that would deflect bullets from the rear, steel shields on the tires, firing gun holes, removable doors, and seats that would fold down so a large safe could fit. Moshe’s cars were gangster, from the Chevrolet Master DeLuxe, Ford Model 18 V8, Cadillac V12 Town Sedan, and 33 Town Sedan to the Mercedes Benz 260D. They were a work of art. After all, Sammy’s father was the classic Purple Gang’s Wheelman they would go to, and he was wicked behind the wheel. 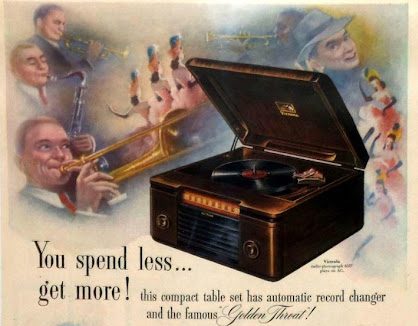 THE LOVE OF MUSIC

As far back as Sammy could remember, the RCA Victor bellowed throughout the house, playing Rosemary Clooney, Count Basie, Artie Shaw, the Dorsey Brothers, and Glenn Miller. It was all about saxophones, trumpets, trombones, pianos, bass, drums, guitar, big bands, and swing. Soon after, blues and hymns echoed, created by the black musicians arriving from the Mississippi belt. Nothing was more important than the music. He saw his father happy about something, the music, for the first time.

Moshe had his connections. Sammy remembers walking into a black club as a kid and feeling the heat of everyone staring at him, everyone respecting who his dad was. Tied into the clubs where some of the best black performers performed, Moshe saw his opportunity and realized he could break away from his wiseguy grind and pursue a new music career discovering new talent never heard on national radio. It was a great opportunity that would distance him from the dangerous elements, so he started laying low just running numbers in Hansen Street and Paradise Valley clubs.

A friend of Abraham Burnstein, the goofy big guy with a twitch, said, “Did you hear? Moshe bought a wire sound box. It records on a wire.”

The Black Migration was the movement of six million African Americans from the rural Southern United States to the urban Northeast, Midwest, and West between 1916 and 1970. So, Moshe was at the center of it and made a lot of money promoting and attracting whites to the clubs. He knew and understood the “Black and Tan” venues. “Black and Tan” venues were defined as: where black artists performed for black and white audiences.

After the music, add the girls, and gambling, the integration of blacks and whites meant cash flow for Moshe. By the 1940s, Detroiters of all racial and social backgrounds gathered in nightclubs, restaurants, and gambling joints, from Black Bottom to Hastings and St. Antoine, then north to Paradise Valley.

Leaving the house and finding work in the budding music industry with his father’s connections and his own, Sammy’s quest for music was in his blood. It was the most exciting thing going on. It was the 50s, and everything was opening up. Concerts and new acts were buzzing, and the radio DJs were busy with requests and payola. Paradise Valley and Hastings Black Bottom were Sammy’s stomping ground, and he was a hustler. So at an early age, Sammy starts to promote music. He quickly finds his way to work with some of the greats. Every big act that came into Detroit went through Sammy Kaplan. Detroit was thriving. Money was everywhere. But as soon as the 60s hit, the race riots got out of hand. Still, Sammy could be seen with Candy Johnson, driving around in that convertible Cadillac. Nothing was stopping him. Sammy didn’t care what anyone thought. He was comfortable working with the black populace. 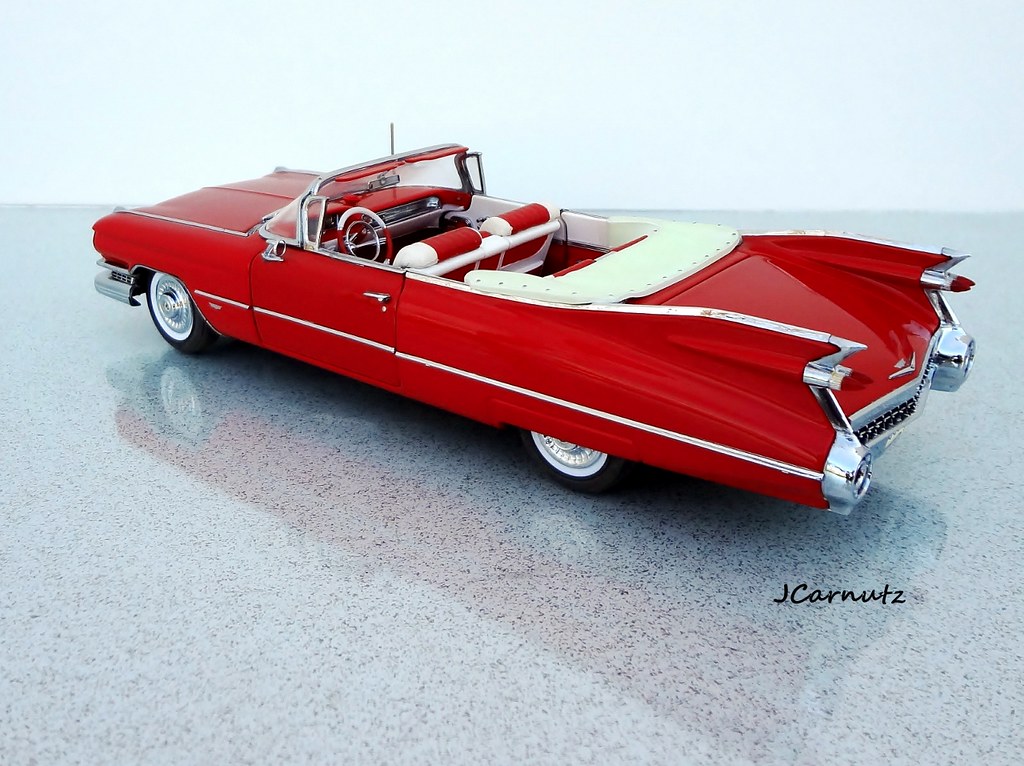 By the 1960s, Detroit was falling apart, and Sammy still fearlessly pushed on with his work with the recording artists he promoted and recorded. His dad seemed to lose interest by then and was no longer recording on his own. He went to work with an established entity while Sammy was in full force to launch his first company, Lovelane Music, established in 1960. The streets were hot with anger from all sides, and still, he pushed on. Picture him driving through the riots to a studio with Jerry O to record an album, one white guy, and one black guy in a bright red Cadillac convertible racing through the alley to escape the bigots. 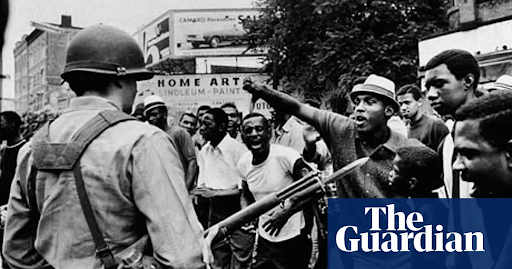 Once the National Guard and the newly elected officials came in, this thriving Hasting Street area fell apart, and things got even more dangerous. The war between the races was on, and it wasn’t safe for a white Jewish family working with the African-American community. Soon money was becoming hard to come by, so the Kaplan family picked up and left for Los Angeles, the land of sun and promise. The Detroit exodus quickened in 1967 following racial riots. By the 1970s, auto companies began moving factories to right-to-work states that don’t require non-union members to pay the union an agency fee, so Sammy and his parents moved to Los Angeles.

It was the 70s, and Sammy was in full swing living the life of party, money, and fun. LA was the life, where Sammy stayed. 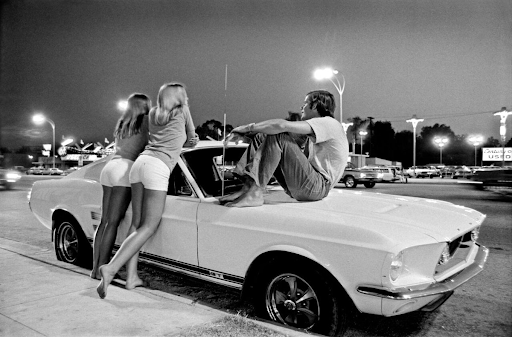 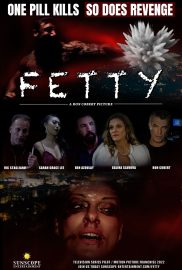 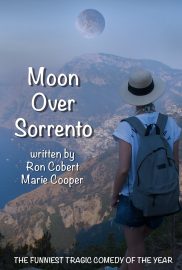